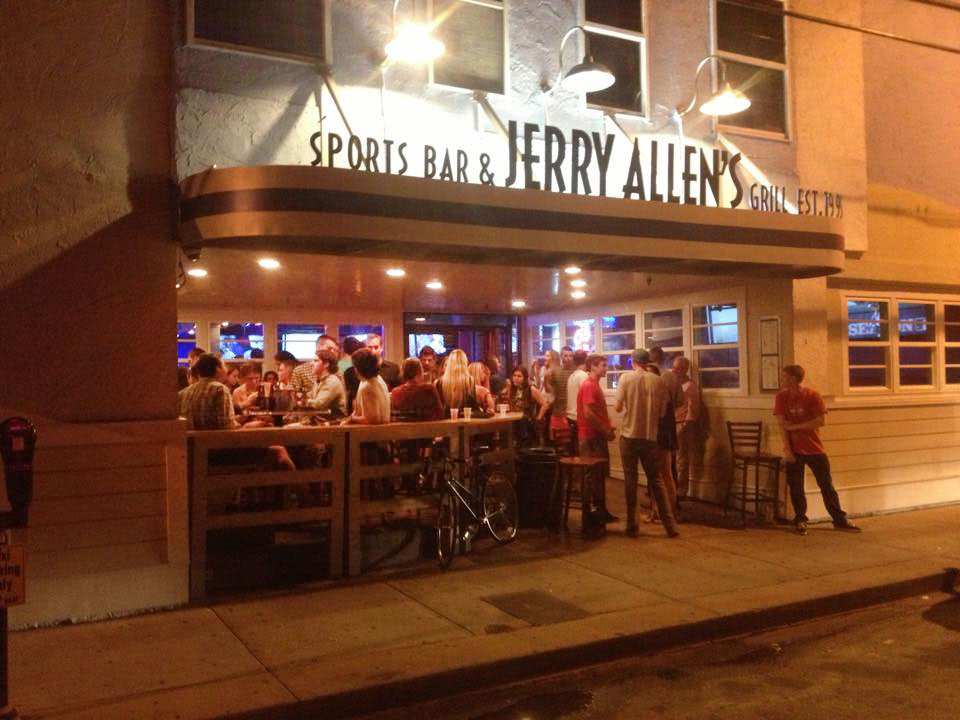 Since 1995, A Must Destination At Wrightsville Beach

When attending UNCW, Jerry Allen worked at Katy’s Grill & Bar on College Road. In 1995, after graduating, Jerry leased a small space in a building near the center of Wrightsville Beach on Lumina Avenue. Known as a popular dive bar in its early days, Jerry Allen’s became a regular destination for college students, surfers and summer tourists enjoying the sand and waves of Wrightsville Beach. A few years ago Jerry, along wiht his partner, Kelly Baucom, renovated the exisitng buidling housing Jerry Allen’s to add an outside deck, a deco-modern exterior and a newly expanded bar.